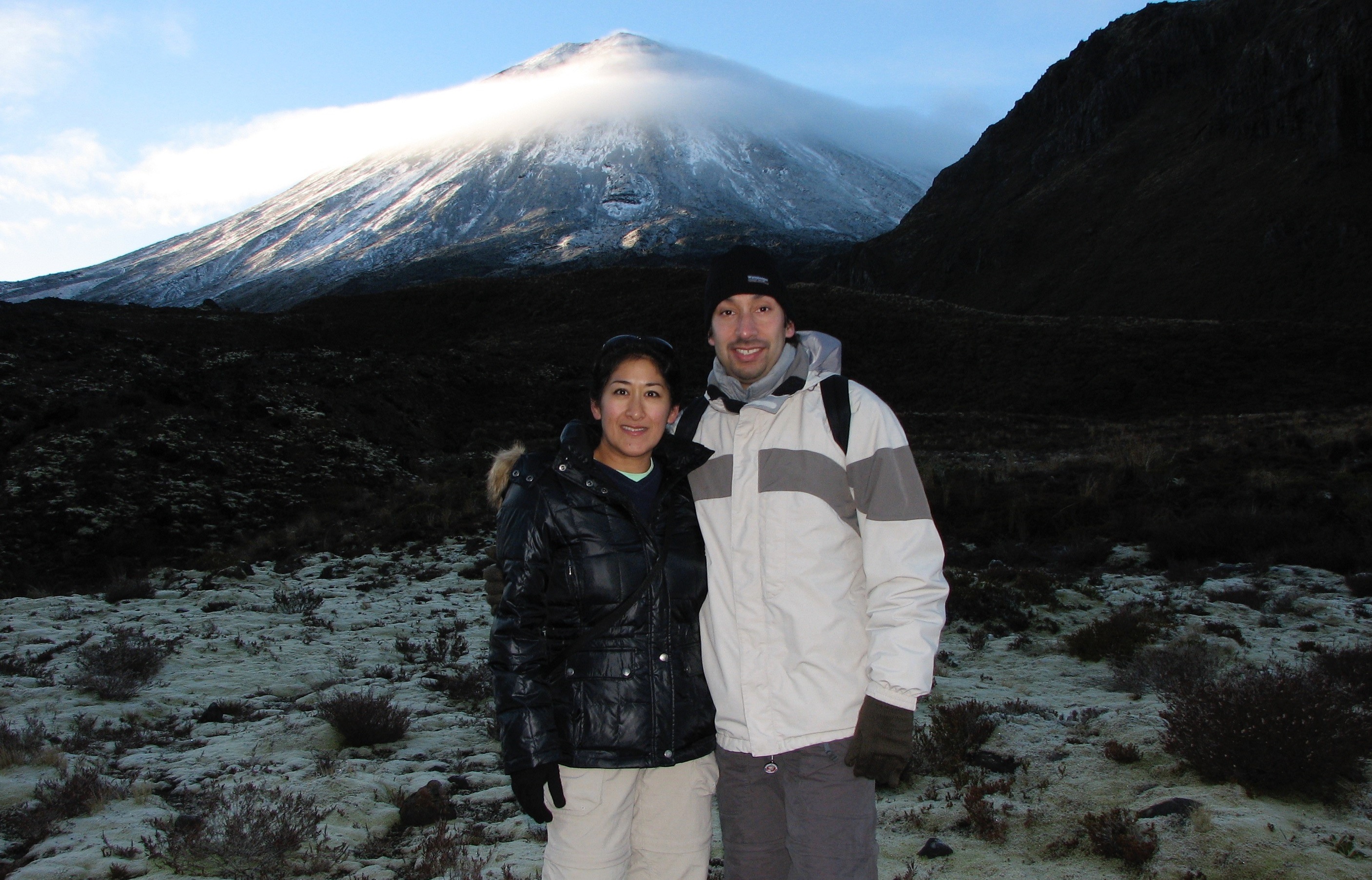 We’re spotlighting one of our international locum tenens physicians: Dr. Sean Ryan. He chose locum tenens because he loves experiencing other cultures like a local. This prompted him to take an assignment to New Zealand when his daughter was a toddler.

I was there for six months and received the same vacation as a regular, full-time employee, which was three weeks off. In addition to all kinds of weekend explorations, we [my wife, daughter and myself] took two big trips, one through the North Island, where we went blackwater rafting on innertubes through glowworm caves. The other was to the South Island, where we were able to take a boat trip to Milford Sound, hike on a glacier, and go wine tasting and whale watching.””

While on his New Zealand assignment through Global Medical Staffing Dr. Ryan, a psychiatrist, worked with the Maori Mental Health Team that served New Zealand’s native Polynesian people. The team greets all new providers with a traditional welcoming ceremony.

“It was such a welcome beyond anything I would have expected,” says Dr. Ryan. “Additionally, my colleagues were so inviting. I couldn’t have felt more part of that team while I was there.”

The natural splendor of the remote tropics often left him awestruck. “It was so beautiful. Parua Bay was just outside our house, and we could see wildlife and go on hikes deep into the forest right out the front door.”

“”We loved living in Tasmania. Hobart is a fun, walkable city that’s surrounded by beautiful nature.  We were close to waterfalls and giant tree fern forests, and we loved seeing wild animals like wallabies and echidnas on our hikes.””

In between the two assignments, he and his family spent time exploring the Cook Islands, Fiji and Bali.  While in Australia, they visited Sydney, Melbourne, and went scuba diving in the Great Barrier Reef. 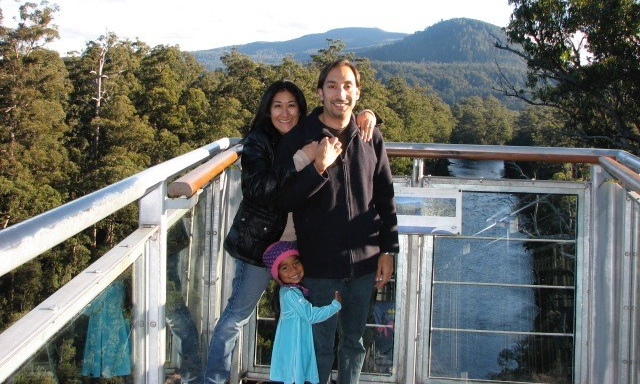 In the northern, more tropical part of New Zealand, the facilities were small and simple, reminding Dr. Ryan of his past experience in the Eastern Caribbean’s Saint Lucia. Sometimes lab work and radiological exams took longer than in the U.S., but Dr. Ryan quickly adjusted to the differences. In fact, for psychiatry in particular, the slower pace perhaps was more beneficial for patients in order to get more time with physicians and longer in-hospital stays when necessary, he says.

“I reminded myself that it doesn’t matter what country you’re in, the goal is the same: to take care of patients. My advice to other international locum tenens doctors is to settle into that idea, and you’ll have a much easier time adjusting.” 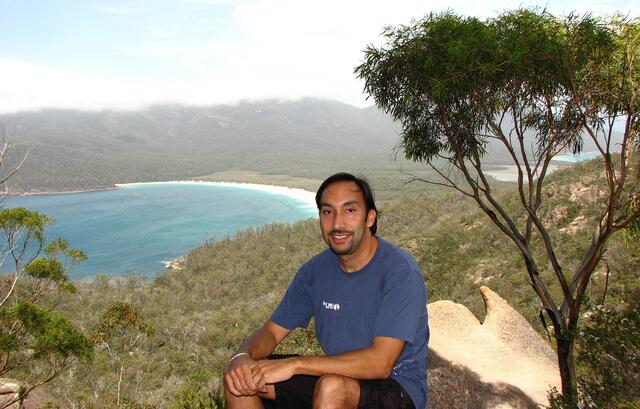 His Tasmanian experience was in a modern hospital, similar to the U.S. teaching hospital where he did his residency. There, he made a point of introducing himself to people and setting up social outings in order to get to know his colleagues well, which created lifelong friendships.

That’s the second piece of advice he offers doctors who take an international locum tenens assignment: Get out and meet people.

Global Medical Staffing took care of all the logistics for Dr. Ryan, from helping secure Dr. Ryan’s medical licensure for working internationally, to arranging the family’s housing, to booking the flights.

“They even helped with a poorly working vacuum when the landlord was giving us the runaround and just let us purchase one and get reimbursed,” Dr. Ryan points out, a big deal to a family with a toddler. His Global Medical Staffing recruiter also helped the family look into licensing requirements for his wife, a speech pathologist, to see if it was feasible for her to work in Australia as well. “Global Medical Staffing made everything so much easier,” he explains. She opted instead to volunteer at a local vocational college, helping refugees and immigrants learn English, and had an incredible experience.

Although in the U.S. locum tenens assignments pay really well, international locums rates are typically lower. But with the hospitals providing their housing and transportation, Dr. Ryan’s family was actually able to save money, even while traveling extensively. “We thought we would need extra money to do this, and it turned out we put money into savings instead, which was a nice surprise,” says Dr. Ryan. 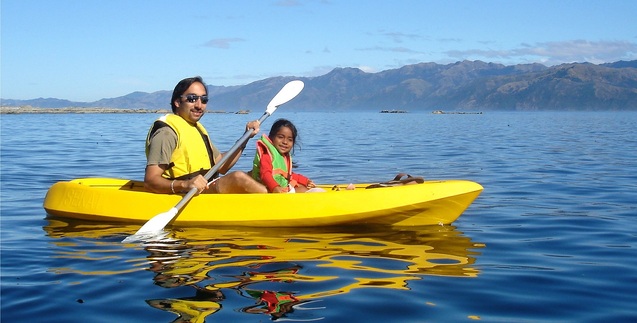 Dr. Ryan is already excited to take on another international assignment when his daughter graduates from high school. In the meantime, in addition to his full-time practice he occasionally takes on a weekend locum tenens assignment in places like Santa Cruz, California, a city he loves visiting.

He says to other healthcare professionals: “Don’t hesitate to look into international locum tenens. It’s easier than it seems, especially with a locum tenens company like Global Medical Staffing that assists throughout the whole thing. I can’t wait to go do it again.”

Ready for your own international locum tenens adventure? You can view our current opportunities here. Or just pick up the phone and give us a call at 1.800.760.3174. We’re always here to discuss your options and answer any questions you might have.