COVID-19 has affected nearly every aspect of healthcare — from overrun EDs and ICUs to suspended elective procedures and postponed preventative care. Locums physicians have been particularly affected; critical care specialties are in higher demand than ever, while other specialties have had their jobs cancelled. While the demand for locums hasn’t returned to normal, these six locations need locums today — and more locum tenens opportunities are on the way.

California has just achieved the unenviable status as the state with the most coronavirus cases, taking over the lead from former epicenter New York. Yet even before the coronavirus, the physician shortage was a major problem in The Golden State. A federal advisory committee recommends 60 to 80 primary care doctors per 100,000 people, but California’s number is 50 per 100,000, with lower numbers in the Inland Empire (35 per 100,000) and San Joaquin Valley (39 per 100,000). The shortage extends beyond primary care to include hospitalists, PM&Rs, geriatricians, and psychiatrists. The need for your services in California has never been higher.

In recent weeks, Hawaii has shown the biggest health improvement of all the states regarding COVID-19. Still, the Islands’ rural population has an ongoing need for locums physicians as rural healthcare has become a focus of state and federal government. Nine health clinics recently acquired Rural Health Clinic status, meaning higher reimbursement for Medicaid/Medicare patients and better care for the in-need population. Of course, locums taking an assignment in Hawaii will have an opportunity to take in some of the state’s natural beauty, like the Halemaumau Crater, now three times as wide (1.5 miles across) and four times as deep (1600 feet) since its eruption two years ago. Locals and visitors beat a path to see it. Be sure to check if the COVID quarantine is still in effect at the time of your travel. You may need to self-quarantine for 14 days before going to work there.

Pennsylvania is another state that needs locums right now. Locum tenens doctors are needed in rural, suburban, and urban settings. The Keystone State boasts 77 nationally-ranked and/or high-performing hospitals, giving the state a strong healthcare landscape that comes in eighth with the number of physicians per general population. It ranks 13th out of 50 states in terms of career opportunity and 10th in affordability. Besides cosmopolitan cities like Pittsburgh and Philadelphia, locums docs will also have a landscape of streams, lakes, and trails to enjoy in your time off.

Another state experiencing a COVID uptick, Washington reported nearly 800 new cases in one day. However, confronting the U.S. pandemic early helped hospitals implement successful protocols to fight it. But the state’s popularity — ranked #1 best state to live in — means there is a growing need for physicians. The Washington Office of Financial Management (OFM) projected that, between 2010 and 2040, the population will increase from 2.5 million to 9.2 million people — without a similar increase in physicians. The shortfall is already here, and locums are needed right now in nearly every specialty. Of course, a breathtaking coastline, snowcapped mountains, and fertile valleys make Washington a state every locums physician should experience at least once in their lifetime.

Coronavirus is no longer as high a threat in New Zealand as it is in other countries; the island nation of five million didn’t flatten the curve, according to WHO, it crushed the curve. Still, New Zealand — especially its North Island — has a need for doctors from other countries to meet its healthcare needs. They are very welcoming to foreign physicians and grateful to have their assistance. Ophthalmologist Dr. Paul Nielson said of his locums assignment, “Clinically, we had much more of a team approach” than in the States, but he believes learning their style of collaboration makes for being a better practitioner back home.

Like most islands, the U.S. territory of Guam in the Western Pacific counts on medical expertise from other localities for medical care, including to care for COVID cases. Especially needed are hospitalists, internists, family medicine physicians, rheumatologists, GIs, neurologists, and psychiatrists. Dr. Edward Blounts Jr. of Guam Memorial Hospital says physicians committing to six months are ideal, but “we can entertain shorter contracts.” As a locum tenens physician in Guam, you’ll have opportunities to interact with people from many different cultures, including the indigenous Chamorro people. When planning for an assignment there, it’s important to note that a COVID-19 quarantine may still be in effect.

Jobs are coming in so quickly for many of these locations, they aren’t all posted to the job board. So give us give us a call at 1.855.397.1665 to learn about the newest locum tenens opportunities. 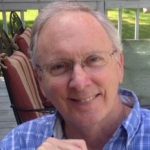 Kevin Kealey is a marketing writer who’s been with CHG for fourteen years. Prior to CHG, he worked as an educator, executive coach, and training consultant for 20+ years. Kevin lives with his wife, Suzanne, in South Carolina with their two German shepherds, Bailey and Blazer, and a Congo African Grey parrot who goes by the name of Sebastian.